On August 4, SNK Co., Ltd. has launched Rockman Battle & Fighters for Nintendo Switch. The price is 800 yen including tax. This is the 11th work of Nintendo Switch's NEOGEO POCKET COLOR SELECTION series.

Rockman Battle & Fighters is a title released in 2000 for Neo Geo Pocket Color (hereinafter NGPC). This title is a simultaneous title of the arcade work Rockman the Power Battle and Rockman 2 The Power Fighters for NGPC. 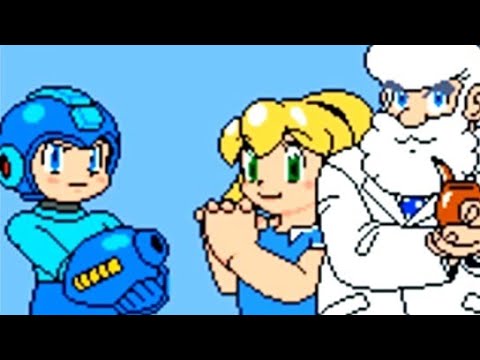 In Rockman the Power Battle, players select characters used from Rockman, Blues and Forte. In addition, it is a game that selects the course from three of the three and captures the bosses. The boss appears from the Rockman series 1-7. In the boss battle, there is also a gimmick that supports the boss on the stage. There are gimmicks that afflict the players and gimmicks that can be used. In Rockman 2 The Power Fighters, Duo participates as a new character. Elements such as Special Moves and Support Maka have also been added.

Rockman Battle & Fighters for NGPC contains the above two works simultaneously. You can enjoy a boss battle with a total of 40 bodies. There is also a database of 36 enemy characters. The database is available randomly by defeating the enemy.

Such Rockman Battle & Fighters has been distributed as NEOGEO POCKET COLOR SELECTION for Nintendo Switch. NGPC is faithfully reproduced on the screen, and it also has an exterior design switching function. According to the official website, the number of players in Rockman Battle & Fighters will be one person as the original version. In addition, the series is also available for Steam, so I would like to expect the PC version.

Rockman Battle & Fighters is being distributed for Nintendo Switch.