Warzone 2: One of the craziest advantages seen so far for the new Battle Royale is leaked

Right now, if you're following Call of Duty news, you'll know that the Call of Duty: Warzone Mobile Closed Alpha is happening. If only a lucky few were able to play it, it was obviously not counting the dataminers who did not hesitate to dig a little into the bowels of the next mobile game.

A devastating combat upgrade in Warzone 2

Once again, we prefer to warn you that the following information should be taken with caution because nothing has been confirmed, neither by Activision nor by Infinity Ward. However, these latest leaks come from the well-known Call of Duty dataminer who goes by the name of RealiityUK (he was recently banned from his main Twitter account for leaking too much information), but don't worry, he's created a new account. in which he shares his findings.

Thus, according to him, Warzone 2 should benefit from an improvement in combat with the name of Battle Rage. This is billed as an experimental stimulant that gives players an adrenaline rush, and again based on uncovered data, after using this stimulant health regenerates quickly and players will be able to resist enemy tactics a bit more, plus tactical sprint will constantly reset.

Through this upgrade, crazy players will be able to adopt a more aggressive game than ever before and then be able to counter their enemies by running much faster and this, without suffering any effect on their health through some flashes or stuns. One thing is almost certain: There are likely to be a lot more crazies in the next Battle Royale.

What to expect from Warzone 2?

When it comes to the upcoming Warzone 2 content, everything is still pretty confusing. However, we have already seen some leaks and hints, especially about the new map. Apparently, this one appeared in the first official trailer for the upcoming FPS, Call of Duty: Modern Warfare 2. 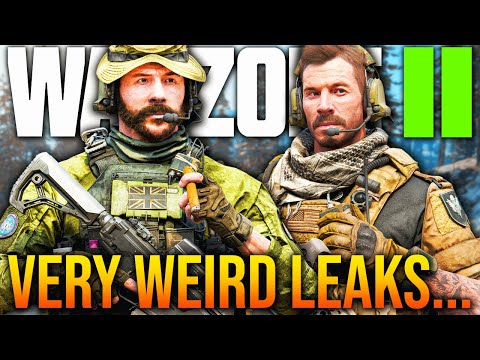 Also, regarding its release date and its different platforms: we should have access to the game sooner than expected, with a release window planned for this year and that all players will be able to enjoy it being free. Whether it's on PS4, PS5, Xbox One, Xbox Series, or PC, Call of Duty: Warzone 2 will be available on all consoles.